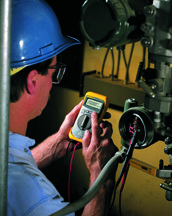 Calibration is generally done for instruments that are used for obtaining accurate results. The outcome of a measurement is referenced with some standard values and checked for precision. Many manufacturers offer to pre-calibrate instruments prior to sale. The calibration documents are given with the device for the safety of the customer and for service purposes. Calibration enables both the users and businesses to be assured in the results that they record and control.

Calibration is starting to diminish within domestic confinements and has taken over the field of manufacturing. As a result, devices in the market have become highly reliable, since the possibility of uncertainties and production errors reduces. Scientific laboratories in particular benefit a lot due to calibration. For the endless research that is done in labs, it would be extremely frustrating if the values approximated were not accurate when the experiment had been repeated a number of times. Thus, calibration helps in attaining exact values the majority of the time.

In industries, there are huge units that take in a lot of power and work throughout the year. It would be a tedious job to calibrate every component of the system and then connect them. Or even more discouraging would be when it indicates errors after all the assembly has been done. This is where loop calibration comes into play.

What is Loop Calibration?

When instruments are calibrated separately, errors might arise when connected in a loop. Also, it is time-consuming to individually calibrate instruments and then connect them together. All these overheads are removed in loop calibration. In big industries, loop calibration is the only sensible way to calibrate the entire unit. They have the ability to replace the power source in a current loop.

Current loops run in process control systems. They are used for analogue signalling. The signal is not affected by a voltage drop (if any) because of the current loop. The process should be monitored and if the results are out of control, changes are made accordingly. The loop is controlled over a pair of conductors. This is called process control. Some are advanced in the sense that changes are made automatically.

Loop calibration is carried out as a part of field calibration. Field calibrations are done on site. Once the instruments are calibrated, they are not moved from their original location. For example, sensors that cannot be shut down for a long period are field-calibrated.

One of the additional features of current loops is live-zero. It allows the instrument to detect failures in the loop. It also allows the transmitter devices to be powered by the same loop. These transmitters are called two-wire transmitters. The live-zero is represented by 4 milliamps.

A variation of process control is discrete control. Instruments that use this concept allow multiple functions to be operated over only a single pair of wires. This means that an individual current loop can actuate a siren or command-controlled traffic signals.

As soon as the current is being controlled using the calibrators, zero adjustment is done. When the movement between the calibrator and the valve stem is restricted to zero, the process is known as zero adjustment. After this, the current from the valve is increased and made to stabilise. It is ensured that there is no movement in the valve at a certain value. This is called span position check. These two steps are repeated and this is how process loops are calibrated and taken care of using loop calibration.

The loop calibrators can also be used as a voltage source. Complex variations in the circuit similar to the above process are made. Shunt resistors are used in this case. The loop calibrator is converted to a voltage supplier through calibration with the help of a multimeter.

There are a variety of loop calibrators available in the market. They all possess different features and compete for varied specifications.